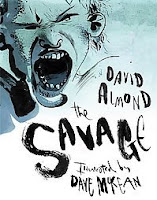 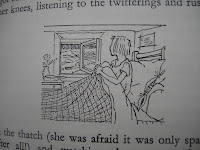 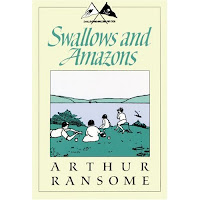 “The wheel & the book – the two greatest inventions of the human mind!” (Philip Pullman)

Eoin Colfer talking about how the book can be a visceral and strong emotional part of kid’s lives.

Treasure Island
Written by Robert Louis Stevenson for his 12 year old. Exotic & full of escapist adventure. A story about human nature (Steadman). Need something to identify with & something you know nothing about (Eoin Colfer) – this fits the bill. Fake realism & story to spur imagination (Pullman) – and wonderful to have map in book. Mervyn Peake’s illustrations (1940s?) – grotesque pictures with strange menacing & sinister feel. !980s – Ralph Steadman’s characterizations – like a modern Goya with lots of blood. The child is more aware that issues are grey & complex – no longer black & white. Is Treasure Island a landmark here? (But many fairytales can also be complex too).

Swallows & Amazons
Based in Lake District. Written & illustrated by Arthur Ransome (1930s). Fantasy & reality & no adults. He was a master of uncluttered prose, having worked previosly as a journalist. Discussion about how his simple illustrations made book more accessible to his readers. Market – middle class children. Later on, when the library service got going, the market would change to encompass all children who could get to a library.

The Family from One End Street (Eve Garnett 1937)
Jacqueline Wilson talked about how she could relate to this book, as a child from a working class background. It included issues such as how to afford school uniform & make do & mend.

The Hobbit & Lord of the Rings (Tolkein)
Children & adults. Hero frightened, fallible & tempted. Begins with a map, but no further illustrations. Alan Lee illustrated a commemorative edition, taking his inspiration from Dartmoor, & he later worked on scenes for the film.

Tom’s Midnight Garden (1960s, Phillipa Pearce)
Idea that time doesn’t stay still except in our memory.Illustrations by Susan Einzig – very impressionistic with a stillness & authenticity, but enough left for our own imagination. She builds up line with depth & rhythm.

Stig of the Dump (1963, Clive King)
Child exploring his own inner nature as well as the world (Almond).
Edward Ardizzone illustrations of moonlight & mystery – he gently suggests characters, but leaves much to the imagination.

Jacqueline Wilson – The Story of Tracey Beaker
The rise of t.v. & of contemporary realism – story of a young feisty girl in care. Wilson wanted lots of illustrations to maximize the readership/make easier to read/more approachable. Nick Sharrat’s illustrations therefore show a lighter side, look like they could have been drawn by Tracey Beaker & act as a counterbalance to the text.

Northern Lights (part of ‘His Dark Materials’ trilogy) by Philip Pullman
He dared to write a long story about confronting fears. Pullman drew his own illustrations at the head of each chapter.

Artemis Fowl (Eoin Colfer)
A high-tech adventure with 80,000 Artemis Fowl fan sites out there! Has now been turned into a graphic novel.

The Savage (David Almond)
About imaginary revenge against a bully. Illustrations by Dave Mckean – trying to take the finesse away with a comic-strip look to it. Calligraphy very filmic & combines past & present. Is this the sort of book that is going to become more popular in the future & more accessible to the older reluctant reader?
Posted by anna at 11:42