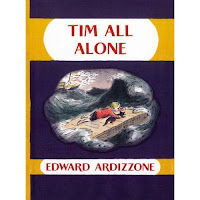 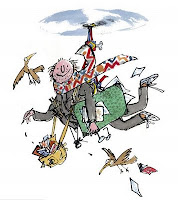 Alice in Wonderland
Originally illustrated by John Tenniel, hailed as one of the greatest political cartoonists. Use of exaggeration, the grotesque and mix of animals & humanns. The white rabbit with his frock coat & anxious eye is very believable in the way he stands with his small pot belly. Also the Jaberwocky with his waistcoat. Mixes the safety & security of home with the uncertainities of going out.

E.H.Shepherd
Illustrated the original ‘Wind in the Willows’ (Kenneth Graham), with its focus on friendship and Toad’s pursuit of fun. Shepherd was a punch cartoonist who could ’draw like a dream’, was brilliant at body language and could create touching and believable characters. You could believe in toad as both an animal and a human. After the 1st World War it was thought that childhood should be a protected place – there was a retreat into a world of escapist fantasy in ‘Winnie the Pooh’ (by Milne) – a safe, secure, warm & attractive world. Little drawings of EehOw very expressive of his character.

‘Just William’ (1922) appealed to the rebel in every child. Importance of the gang & the escape from parents.

‘Tim All Alone’ by Edward Ardizonne – cross hatching & tone master. A chance for children to adventure in a way couldn’t do in real life. Usually only see Tim from back view & not close up, so any child can identify with him.

The Lion the Witch & the Wardrobe (CS Lewis)
“The first thing the author has to do is get rid of the parents so the kids can have adventures!” (Horrowitz). The evacuation was perfect & the portal too. A christian allegory dealing with serious issues – a clever adaptation of the New testament (Rosen) – makes the child question “What would I do?” Illustrator Pauline Baines - images good 'resting points' in text.

Roald Dahl/Quentin Blake
Bridge between new & old – books to be enjoyed & full of mischief & shows kids how mixed-up grown-ups can be. His favourite book ‘The BFG’ where a relationship between girl & giant & good triumphs. Long collaboration with Quentin Blake – lots of visual energy, makes a rough sketch & then uses a light table & dip pen to trace over image. I was surprised to find out this was his technique – maybe this is how he has been able to keep his images so lively, because he’s already worked out thier rough format.

Raymond Briggs.
His ‘Father Christmas’ one of most subversive children’s books ever written (Rosen). Partly based on his milkman father. Strip-cartooning/ graphic novel style.
Jill Murphy’s ‘The Worst Witch’ is fantasy mixed with actual experiences of school.

Anthony Browne ‘Voices in the Park’ (1998) a story from different points of view which uses surrealism & the gorillas make it lighter & stronger & more real (Browne).

Micheal Rosen’s ‘The Sad Book’ (illustrated Quentin Blake) is about the death of his son Eddie & it is read in schools. David Almond discussed how important emotions are in books – dealing with birth life death jealousy betrayal. Less fantasy & more truth. Humour & fantasy also used to get through issue of bullying.

My children have particularly loved all the Roald Dahl stories/illustrations & also ‘Voices in the Park’, especially for the surreal illustrations. Also Chris Riddell’s grotesque illustrations in ‘The Edge Chronicles’ (author Paul Stewart) and Cressida Cowell’s ‘How to Train Your Dragon’ series – because they are so funny & messy & lively. It is a shame that she was not featured in the programme, but I guess they couldn’t put everyone in!
Posted by anna at 08:52