So impressed with the public art trail in Huddersfield town centre and the colourful market that I got my sketchbook out. The statue of Harold Winston had so much movement in it.

Also found these amazing narrative paintings in Central Library (painted by Reg Napier and his students), based on stories of typical English folk tales often told in one village at the expense of another. In the Slaithwaite Moonrakers, the villagers are pretending to rake out the moon to divert attention from liquor-smuggling. In The Scapegoat Hill Band, the band are returning home late one night after celebrating and have taken their shoes off so as to not wake up the sleeping villagers. However, they continue to play their instruments full blast! In The Marsden Cuckoo, the villagers are trying to capture a cuckoo in order to hold on to spring and summer. 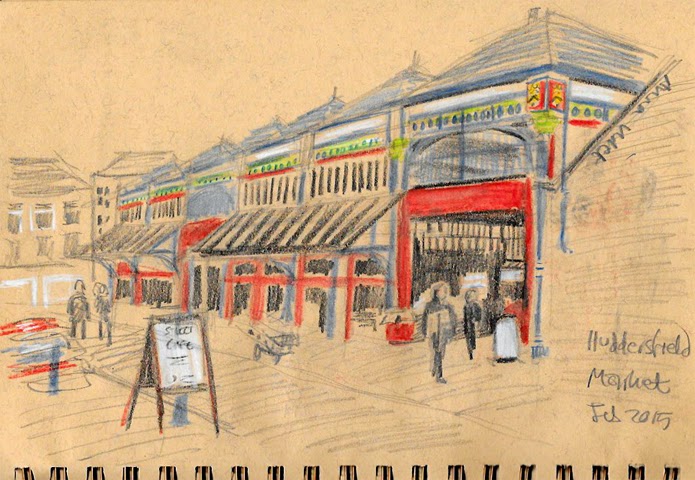