Some of my favourite picturebooks 2013/4

I had a good browse in the bookshop a couple of weeks ago and here's a pick of my recently-released favorites. 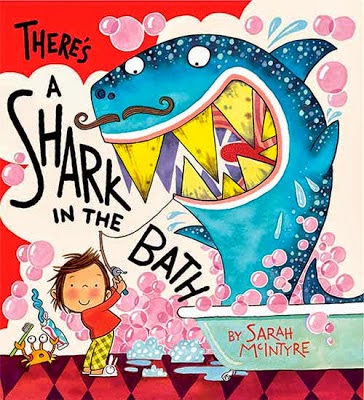 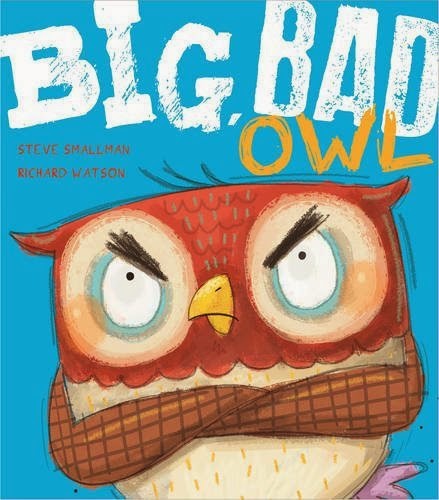 There's a Shark in the Bath by Sarah McIntyre (2014 Scholastic)

Dulcie finds sharks in the bath, but her parents don't believe her. She plays with them to distract them from eating her. When Dad comes to check what she's up to in the bathroom, she sends them back to sea. When she sits down to eat breakfast, she hears a rustle in her cereal bowl. There's a small elephant with a speech bubble "are you going to eat me?"
Great fun plot, plenty of humour and colourful comic-style illustrations.

Big Bad Owl by Steve Smallman & Richard Watson (illus) (Little Tiger Book 2014)
Scowl (wonderful name!), the grumpy owl (sits on the labelled grumpy branch with black cloud scribbled above). The other animals try to cheer him up but he's rude to them. Scowl annoyed to find Little Bird is sitting on his grumpy branch. Little Bird tells him to flap off, because Scowl has broken his happy hat. Scowl has been out-grumped for the first time in his life! He's sorry he's broken the hat and admits he likes being grump, too.
A lively fun story. 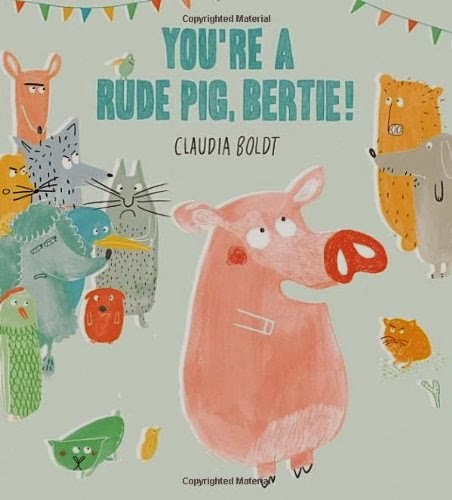 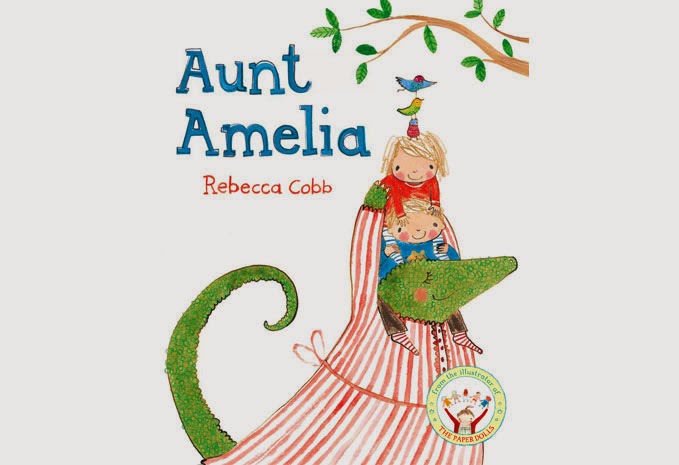 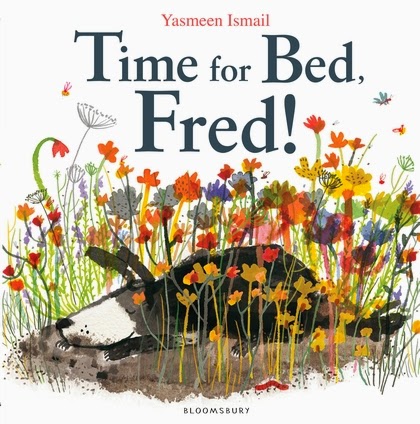 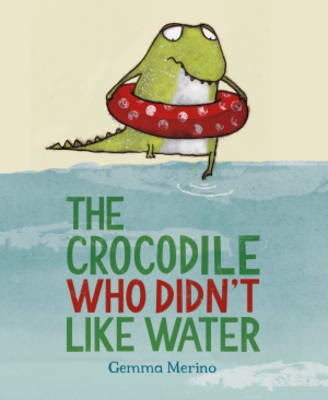 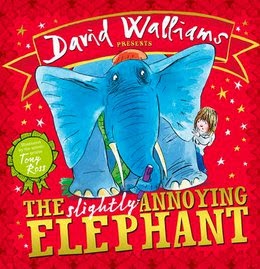 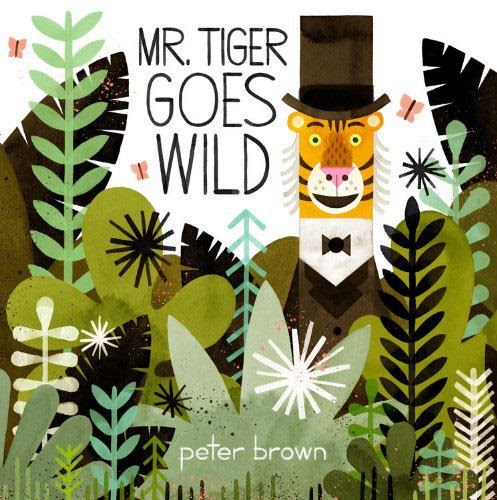 You're a Rude Pig, Bertie by Claudia Boldt (Jonathan Cape 2013)
Bertie insults everyone except Ruby, and he throws a party to impress her. Nobody comes, because his invites are so insulting, but it resolves ok in the end.
A fun story with lovely b & w lines, pastel colours and offset print effect in places.

The Crocodile who didn't like water by Gemma Merino (MacMillan Children's Books 2013)
Winner of Macmillan competition 2011
The crocodile was afraid of water ... and couldn't fit in with other crocodiles. Then it breathed fire! It wasn't a crocodile after all, it was a dragon.
Gorgeous fuzzy line work like drawing on carbon-copy paper/mono-prints, and print-effect colour, too. Very simple cute croc/dragon and delightfully simple story.

The Slightly Annoying Elephant  by David Walliams & Tony Ross (Harper Collins 2013)
David Walliam's first picture book
An elephant arrives to stay, saying he's been adopted..and then all his friends come, too. A cautionary tale about the need to read the small print when you adopt an animal at a zoo. Wonderful stuff!

Aunt Amelia by Rebecca Cobb (2013 Macmillan Children's Books)
When Mum & Dad go away for the night, Aunt Amelia (a crocodile) arrives to look after a very cross little boy & girl. But they soon change their minds about Aunt Amelia when she she puts her own alternative spin on the list of sensible instructions Mum and Dad have left behind.
Simple text with lots of hidden details in pictures (birds nesting in Amelia's extravagant hat)
Rebecca Cobb says she uses a lightbox to trace through her rough pencil sketches using a sharp stick dipped in ink - the line feels close to drawing with a pencil. She colours in using watercolour, inks & coloured pencils "because these all make different marks and I can choose whether something needs to be coloured in a way that is sot, scratchy, neat or messy" (Booktrust interview 2013).

Mr. Tiger is bored with being proper and he decides to go wild...

All the animals, including elephants, rhinos, cows, and monkeys, dress in Victorian clothes, walk upright on two legs and look very prim and proper. Mr Tiger rebels, roars, takes off his clothes and goes into the nearby wilderness. But he gets lonely...
The striking 1950s retro-style pictures really caught my eye, in muted limited-palette colours, except for the oranges to Mr Tiger. Bold shapes with interesting patterns and rich textures. The compositions are interesting, too, especially the page where the tiger starts to slip down off the page as he goes on all fours. The illustrations are made using india ink, watercolour, gouache and pencil and digitally collaged.. The style reminds me of illustrations by the Canadian illustrator, Jon Klassen, in I Want My Hat Back.
Peter Brown describes his process on his blog. "... I made tons of little watercolor and ink shapes (as well as a few pencil drawings and handmade textures), and scanned them into Photoshop where I colored and layered and combined them into the finished illustrations. It took a while to figure out my new technique, but I’m pretty happy with the finished result."

A fun story and great illustrations.