Who watched the Thames Pageant on 3rd June? I thought it was an amazing sight, despite the rain. Over a 1000 boats, the grandest flotilla on the Thames for 350 years. I've illustrated the final section of the Pageant, between London Bridge and Tower Bridge, in my flattened-out black and white style. I think of it as medieval, because it's all elevations, plans and no perspective. Also, my dip-pen gets used a lot, along with a small brush.
I know this section of the Thames quite well, since it's one of my favourite parts of London. London Bridge stands where the Thames was first bridged in London. I've shown the Royal Jubilee Bells barge just crossing the finishing line under Tower Bridge. The royal row-barge, Gloriana, is following behind, along with the other rowboats. The Queen stands  in white on the royal barge, The Spirit of Chartwell. I've played around adding colour, too, but my favourite is still the black and white.


For sale on my Folksy shop.http://folksy.com/shops/AnnaViolet 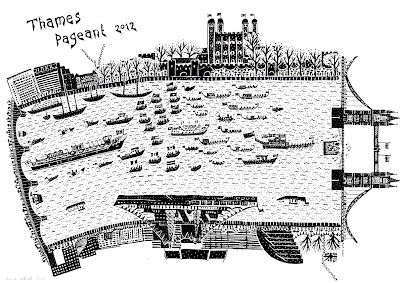 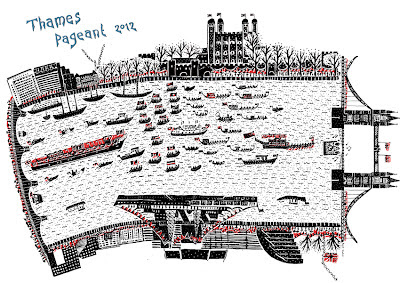 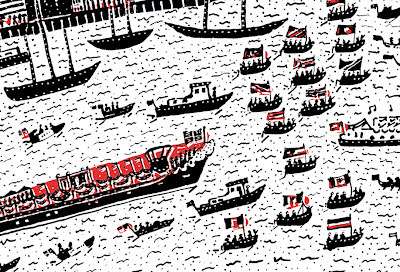 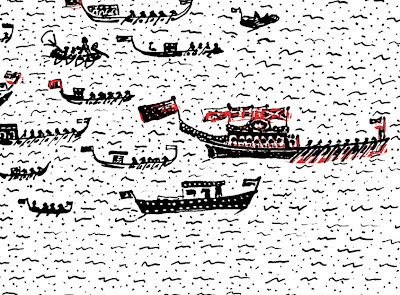 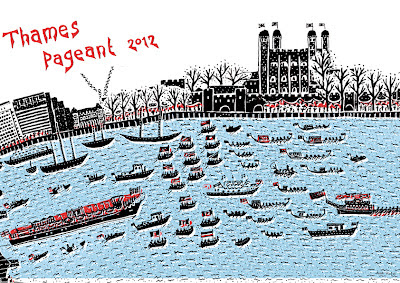 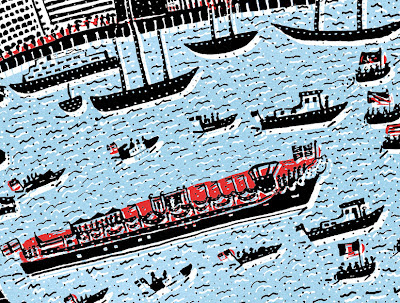 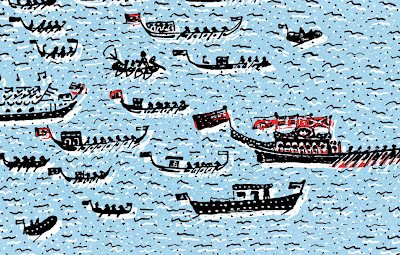 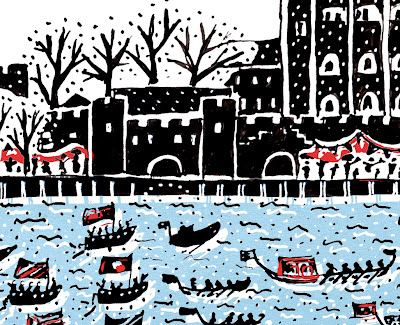