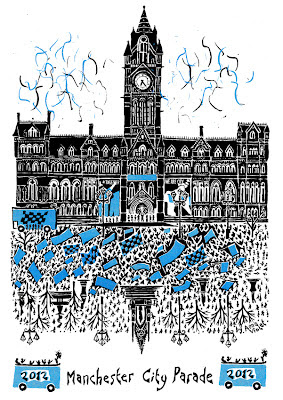 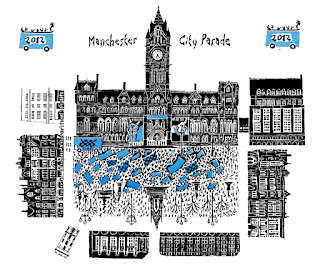 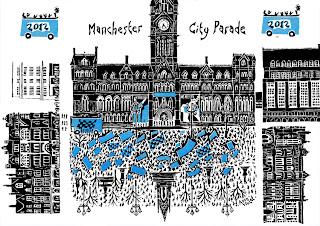 Just finished these images to mark Manchester City's victory parade last month after winning the Premier League title for the first time since 1968. 100,000 Manchester City football club fans lined the streets to see the parade, which kicked off at Manchester Town Hall in a sea of blue.

These are for sale as greetings cards and postcards at my Folksy shop
http://folksy.com/items/3472473-Manchester-City-Football-Parade
http://folksy.com/items/3491497-Manchester-City-Football-Parade-10-postcards
and as limited edition prints at online shop noths (not on the high street),
http://www.notonthehighstreet.com/fionareeves/product/limited-edition-manchester-city-parade-print
and at Everyman Gallery in Chorlton, Manchester.
Posted by anna at 12:46